CGI and Hexoskin to Work Together on Connected Medical Clinic Project

The Canadian Space Agency (CSA) has awarded contracts to five teams to build prototypes of the Connected Care Medical Module (C²M²), a container-based concept for mobile medical clinics that can be rapidly deployed in remote, northern, or indigenous communities across Canada, in regions affected by natural disasters, and in future lunar and deep space missions.

Hexoskin (Carré Technologies Inc.) is proud to be part of the HARMONY team, led by CGI, one of the largest IT firms in the world, along with OKAKI Health Intelligence, PrecisionOS Technology, 12Volt: Games Studio, and Dr. Carolyn McGregor of the University of Ontario Institute of Technology.

Hexoskin will contribute Astroskin devices and AI-based medical software to the project. A first demonstration is planned for June 2023.

About the Connected Care Medical Modules

Health Beyond's vision is to enable agile, rapid prototyping and iterative operation of C²M²s on Earth, with the ultimate objective of operation in space. A C²M² is a scalable integrated system of state-of-the-art medical technologies and methodologies contained in a deployable unit. A shipping container will first be used for research and development purposes and for easy deployment across Canada via the existing intermodal freight transportation network. When preparing for space application and deployment in remote communities with collaborators, the medical module can be scaled down and adapted as needed.

One of the novel features of the C²M² is its core computer-based system that facilitates the incorporation, interconnection (i.e., flow of information), and usage of the latest medical technologies. This plug and play architecture will enable multiple configurations based on the end users' needs. These technologies increase the user's capacity to independently detect, diagnose, treat, and/or monitor health conditions on site. This improves the timeliness, quality, and continuity of care; refines clinical decision-making; and reduces the occurrence of risky and expensive medical transportation of patients from remote regions to urban hospital facilities. Astroskin featured in Limitless With Chris Hemsworth on Disney+

What if you could combat aging and discover the full potential of the human body? Global movie star Chris Hemsworth (“Extraction,” “Thor,” “The Avengers”) explores this revolutionary idea in the new National Geographic original series “Limitless with Chris Hemsworth” created by Darren Aronofsky and hailing from his production company Protozoa and Jane Root’s Nutopia.

New scientific research is shattering conventional wisdom about the human body and offering fascinating insights into how we can all unlock our body’s superpowers to fight illness, perform better and even reverse the aging process. This science is put to the test by Hemsworth, who, despite being in peak superhero condition, is on a personal mission to learn how to extend our health, strength and intellect further into our later years.

Undergoing a series of epic trials and extraorinary challenges in order to understand the limits of the human body, he’ll learn firsthand how we can live better for longer by discovering ways to regenerate damage, maximize strength, build resilience, supercharge memory, and confront mortality.

The Astroskin Vital Signs Monitoring Platform, an advanced smart clothing, is used in the first episode of the series titled Stress-Proof.

Ever since his teenage years, stress has been part of Chris’ life, and he wants to learn how to deal with it better. In this episode of the series, Chris Hemsworth will learn powerful physical and psychological techniques that can be used to control the stress in our lives and combat the risk it poses to long-term health. The actor takes on the challenge to stay calm during a terrifying walk along a crane that’s projecting out from the roof of a skyscraper. We follow him practicing his walk in VR. Chris is supported during his training by Dr. Modupe Akinola who interprets the actor's physiological response measured with the Astroskin. During the episode, we also follow Chris Hemsworth wearing the Astroskin during the chilling walk on the crane at the top of a 900-foot-tall skyscraper. Limitless with Chris Hemsworth will be streaming on November 16 on Disney+.

Reducing the Burdens in Healthcare Workers With Hexoskin Join us with our guest speakers on November 30, 2022, for a new Hexoskin LIVE Webinar titled Reducing the Burdens of Stress in Healthcare Workers With Hexoskin.

Healthcare workers hold highly demanding positions with many responsibilities and duties that increase their daily stress levels and impact their mental and physical well-being. Although the COVID-19 pandemic has brought many of these challenges to light for society, clinician-led research groups have been exploring proactive ways to improve working conditions for themselves and their colleagues.

In this webinar, we’ll hear from our panelists about some of the stressors and challenges they have experienced in their work, how health monitoring platforms like Hexoskin have helped them explore possible solutions to reduce the burden of stress, and what their vision of a healthier and safer healthcare space looks like for healthcare workers in the future.

There's still time to register to attend. Registration is Free!

Hexoskin's co-founder and CEO Pierre-Alexandre Fournier has been invited to talk about long-term vital signs monitoring at the Biosensors for Medical Wearables Conference in Boston on October 25th. Vital signs sensors traditionally used for cardiac and respiratory monitoring involve adhesives or tape to keep the sensors in place on the skin. Experience has shown there's a tradeoff between monitoring duration (1 to 14 days), and adhesive agressiveness, which can lead to skin rashes or wounds.

There's now a safer and more convenient way for patients to record long-term vital signs data needed for diagnosis or to guide care or rehabilitation: smart textiles. Hexoskin users have successfully demonstrated the advantages of using a form factor that patients like. Researchers have documented it in over 160 scientific papers.

In his talk, Fournier will describe medical applications of smart textile sensors for patients with cardiac and respiratory diseases, as well as opportunities in research in mental health and rare diseases. He will also share unique insights into Hexoskin's experience in space medicine research aboard the International Space Station.

Hexoskin's co-founder and CEO Pierre-Alexandre Fournier has been invited to talk about the adoption drivers for distributed healthcare at the SoCalBio 24th annual conference in Long Beach October 6-7.

We now have the technology to deploy connected health solutions to improve healthcare access at home and close to home. What is slowing down adoption? We still need better financial incentives, provider education, a regulatory environment for connected health and home care adapted to this new care setting, and leadership from providers and payors, among other things.

The panel "Enabling a Distributed Healthcare Regime:" Precision Medicine in Homecare Through Remote, Medical Grade Monitoring with Wearables and Other Smart Devices will be moderated by William Dolphin, PhD. Hexoskin has a long history of research collaborations in Southern California. Institutions such as the Naval Health Research Center, University of California in San Diego, California State University, and the Children's Hospital of Los Angeles have published many papers using the Hexoskin connected health platform to collect physiological data about participants. Join us on October 5, 2022, for a new Hexoskin LIVE Webinar titled Expanding AI Capabilities in Digital Health with Hexoskin.

The implementation of digital health technologies has been recently accelerated with the global pandemic and transition to remote work.

Join us with our guest speakers to learn more about how the Hexoskin Connected Health Platform is leading the AI revolution in digital health technologies to improve health across patient populations, organizations, and industries.

There's still time to register to attend. Registration is Free!

Hexoskin at the International Space Convention 2022

Hexoskin's co-founder and CEO Pierre-Alexandre Fournier is going to talk at the International Space Convention 2022 on September 9th, hosted in Bursa, Turkey.

His presentation entitled "Medical Research in Microgravity: Challenges for Future Long-Term Space Missions and the Moon" will discuss current themes for medical research in space and challenges we need to address for future long-term missions to the Moon and beyond.

Hexoskin has been involved in space medicine since 2011, and the Astroskin wearable vital signs sensor system is used for clinical trials aboard the International Space Station since 2019.

In July 2022 Hexoskin has received the International Space Station Research Innovation Award for Human Health in Space from the American Astronautical Society. Astroskin is the most advanced ambulatory vital signs monitoring platform for medical research in the world. Developed to qualify for space research, it can now benefit the most innovative research in Space and on Earth.

The Astroskin garments are now available in a wide range of sizes for men & women. A large number of research organizations already use the Astroskin vital signs monitoring platform to collect data to answer their research questions.

Join Us for a new Astroskin LIVE Event! Join us for our new Astroskin LIVE Demo on September 21, 2022, at 11:00 a.m. EDT. Our team will perform a complete demo of the industry-leading Astroskin Vital Signs Monitoring Platform.

Our LIVE Demo events are good opportunities to meet the Hexoskin team and learn more about everything related to our solutions for remote health monitoring.

Whether you are new to Astroskin or need a refresh on the Astroskin platform, our Astroskin Live Demo will provide a deep look at the Astroskin features, including new functionalities. Registration is free!

Join Us For a New Hexoskin LIVE Demo! Our LIVE Demo events are good opportunities to meet our team and learn more about everything related to our solutions for remote health monitoring.

Whether you are new to Hexoskin or need a refresh on the Hexoskin platform, our Hexoskin Live Demo will provide a deep look at the Hexoskin features, including new functionalities. Registration is free! Pierre-Alexandre Fournier, Hexoskin CEO & Cofounder, will speak at the HITLAB Digital Health Symposium on August 25, 2022. M. Fournier will present an overview of the work conducted by the Hexoskin Community on digital health research and projects with the Hexoskin & Astroskin platforms.

The theme is "Bridging the Information/Data Gap". Health is complex and information to evaluate patients is often not available when they are not in a clinical setting. We've made our mission at Hexoskin to allow researchers and professionals to collect health data in places they couldn't before, from homes and workplaces to the International Space Station!

The Hexoskin community has published over 160 papers so far, on subjects that include cardiac and respiratory health, aging, rare diseases, psychiatry, and healthcare workers health and safety. We collect most of them on this page 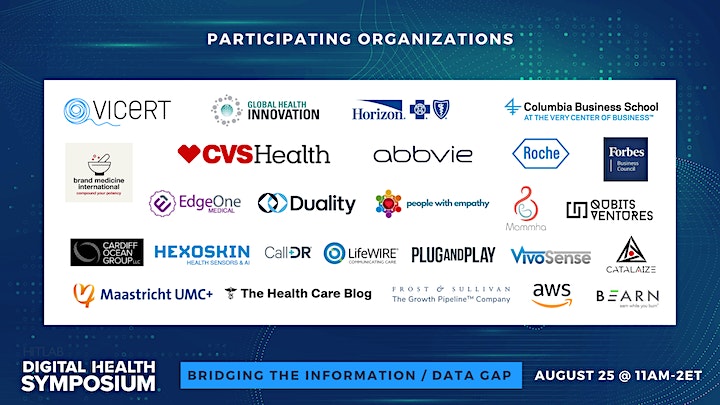